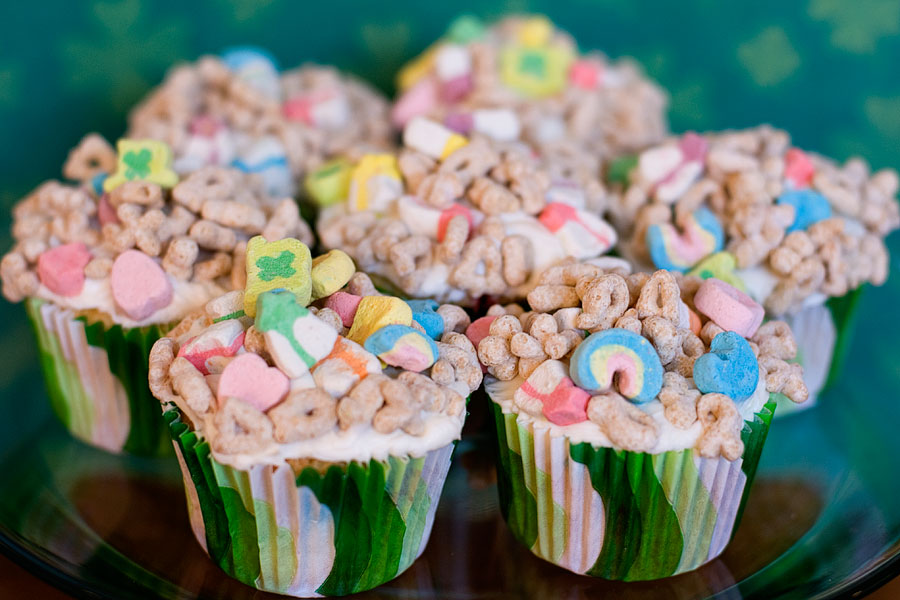 Another super simple cupcake idea for you all! Be sure that you enjoy eating Lucky Charms for breakfast, because you’ll have plenty of extra cereal after you make these. I think most of you will agree with me: the best part about Lucky Charms is the marshmallows! Did you know that you can buy JUST the marshmallows in bulk? [And I’m talking IN BULK…. 95 lbs to be exact]

Lucky Charms were developed in the early 60s by General Mills. One of their employees decided to mix Cheerios and bits of Brach’s circus peanuts — and after years of development and modifying, Lucky Charms were born. Here’s some more Lucky Charm trivia for you, courtesy of Wikipedia.

1. Bake cupcakes according to box directions and allow to cool completely.
2. Frost cupcakes and cover in Lucky Charms cereal.