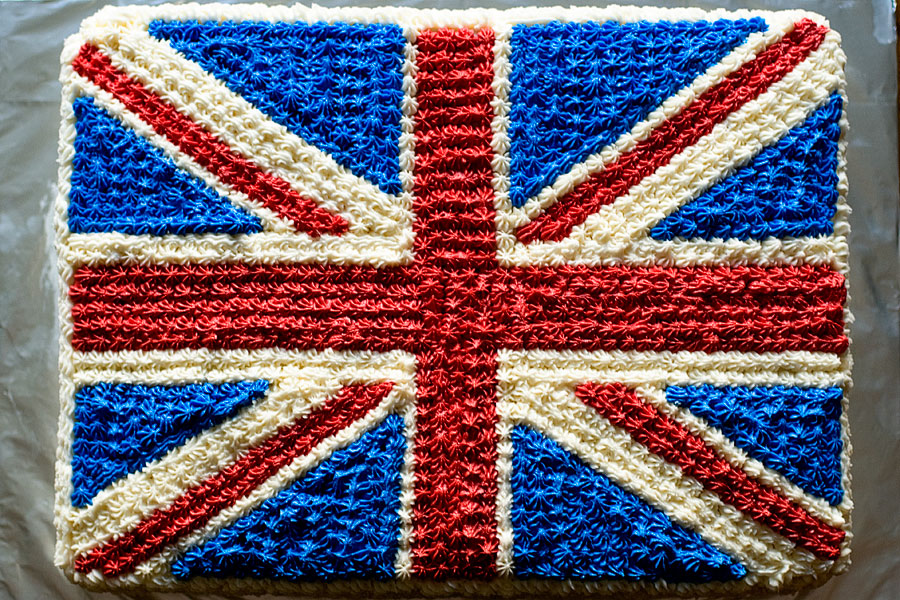 As promised yesterday, here is the Union Jack cake! This cake was much easier to make than it maybe looks — but it was VERY time-consuming (each of those little blobs of frosting was piped on — it took a while!).