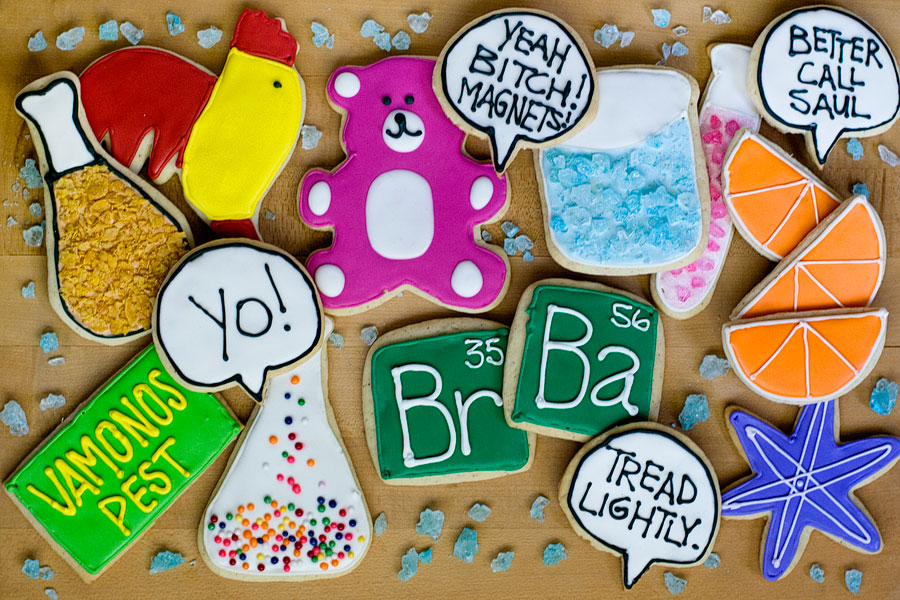 OK, who else is obsessed with Breaking Bad? I think it’s one of the best shows of all time. That may sound overly dramatic, but if you’ve seen the show, you know I’m right. Oddly, I hated the show during the first season. I found it dark, depressing, uncomfortable, and the thought of watching Walt go through chemo just wasn’t my idea of great TV. I’m glad I stuck with it though. . . even though it’s still dark, depressing, and uncomfortable!

The series finale is in a few weeks and I am dying to see how it all ends. I made these cookies back in August when I had more school-free time. The cookies are just a basic sugar cookie – use any recipe you’d like that is meant for cut-out cookies. Bridget’s recipe is great, as is Annie’s. I used my grandmother’s recipe for these. I’m sure she’d be so proud knowing that her beloved cookie recipe was used to make cookies representing a violent television show. ;)